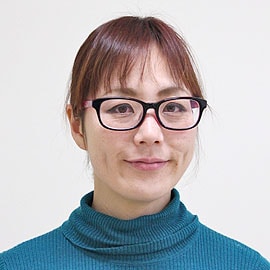 Dr. Sakiko Kanbara is a Professor of Doctoral Degree Course for Disaster Nursing Global Leadership Program at the University of Kochi, Japan. She received her BS and MS in Health Science from Kobe University and her PhD from the Department of Public Health and International Health, Okayama University.

She earned her place as a researcher at the Research Institute of Nursing Care for People and Community, University of Hyogo. There, she worked as an Investigator of Centre of Excellence for Disaster Nursing in Ubiquitous Society (funding by MEXT, Japan). She has developed new courses for global nursing and disaster nursing as an instructor at the University of Kindaihimeji. She eventually edited the textbook of Global Nursing. Her primary research interests are in the fields of global health, human security, disaster reduction, and nursing.

Webinar Summary: In the aftermath of the Hanshin Awaji Earthquake in Japan, the Japan Society of Disaster Nursing (JSDN) was formed (1998) to provide a platform for nurses to share their activities related to Disaster Nursing. A decade later in 2008, the World Society of Disaster Nursing (WSDN) was established to facilitate the exchange of knowledge and skills internationally. The Great East Japan Earthquake of 2011 and other frequent disasters have triggered the need for more trans-disciplinary work, high-level care throughout all phases of a disaster event, and the need for nursing leaders.

While there have been some challenges implementing Disaster Nursing into practice, education, and research, the Disaster Nursing Global Leadership Programme, Gensai Care, and EpiNurse Project represent some of the good practices from Disaster Nursing which have contributed to the Sendai Framework for Disaster Risk Reduction, the UN Sustainable Development Goals, and sustainable human security.