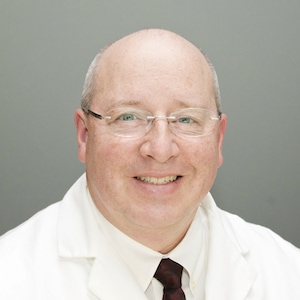 Dr. McIsaac started his dual civilian/military medical career as a first-year medical student, joining the US Army Reserve in 1982. During his residency in Anesthesiology, he accepted command of an Army Rapid Deployment Force Medical Team and developed it to a readiness level never before seen in the Reserve Components. Shortly after that, he began an intensive study of CBRN casualty treatment which has continued to the present, training many civilian and military physicians and nurses. Over time, this has evolved to an all-hazards approach to disaster preparedness, culminating in two books on the subject and many lectures, workshops, and textbook chapters. Notable accomplishments have been a checklist for operating room management of mass casualty events and a family disaster checklist, both adopted as preparedness standards by the American Society of Anesthesiologists (ASA). Dr. McIsaac is a founding board member of the Trauma Anesthesiology Society (where he chairs the Mass Casualty Committee), a long-standing member of the ASA Committee on Trauma and Emergency Preparedness (serving as the ASA Liaison to WADEM), Chair of the Connecticut State Medical Society Committee on Disaster Preparedness, and a long-standing member of WADEM (since 2006). He has been a member of the US National Disaster Medical System since 2011 and was instrumental in the establishment of the Multispecialty Surgical Enhancement Team (MSET).

Dr. McIsaac is a Clinical Professor of Anesthesiology at the University of Connecticut School of Medicine, Chief of Trauma Anesthesia at Hartford Hospital in Hartford, Connecticut (USA), and holds additional appointments at the Frank H. Netter, MD School of Medicine, Quinnipiac University, and in Biomedical Engineering at the University of Connecticut. His research has included the development of innovative medical devices, improvements in transfusion flow rates during hemorrhage, and utilization of the minimally injured as assistants during mass casualty events. He has developed and administered many hands-on workshops to teach disaster and trauma resuscitation skills to physicians, nurses, and emergency medical technicians. He has also spent time in Estonia teaching advanced CBRN treatment to military medical personnel.

In addition to serving on multiple boards and national/international committees, Dr. McIsaac has been a long-time Director of a large (middle market) private medical practice, serving as Vice President and Secretary for multiple terms. He has earned an MBA, the prestigious Certified Physician Executive designation, been elected a Senior Member of the Institute of Electrical and Electronics Engineers, and is a Fellow of the American Society of Anesthesiologists. An active member of the American Society for Physician Leadership, he has continued his education earning certificates in Terrorism Studies, Venture Finance, Globalization, Blockchain, and Artificial Intelligence. As an entrepreneur, he has established two start-up technology companies and is a member of two business honor societies.