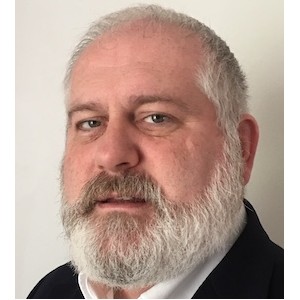 Dr. Molloy is a fellowship-trained expert in Disaster Medicine and awarded Fellowship of the Royal College of Emergency Medicine UK (FRCEM) on completion of specialty training in Emergency Medicine in Ireland. Dr. Molloy completed basic and higher specialist training in emergency medicine in Ireland and during this time gained further postgraduate qualifications in medical informatics from University College Dublin, and a European Master in Disaster Medicine degree jointly awarded by the University of Novara, Italy, and the Vrije Universiteit Brussel, Belgium in 2007 during his clinical training years. Having completed specialist and sub-specialist training he maintained his interest in further academic training and recently completed a Postgraduate Masters degree in Surgical Science (MCh) from University College Cork with a focus on Trauma Networks and their impact on regional and rural hospitals in Ireland and also a Postgraduate Diploma in remote and offshore medicine from the Royal College of Surgeons in Edinburgh.

Dr. Molloy was one of the first fellows to complete the Harvard Affiliated Disaster Medicine Fellowship in 2009, having being awarded the Dr. Richard Stevens scholarship by the Health Services Executive in Ireland to pursue further work in Disaster Medicine. Dr. Molloy has amassed a significant degree of field experience, including performing assessment missions to Haiti in the immediate aftermath of the earthquake and co-chairing the response activities of the Disaster Division at Harvard Medical Faculty Physicians. He was chosen by the Harvard-based Partners in Health for the challenging task of running night-shift medical services at the University Hospital Port au Prince (HUEH), in the aftermath of the earthquake. Dr. Molloy remains part of the academic staff of the Disaster Medicine Program at Beth Israel Deaconess Fellowship in Disaster Medicine and has engaged in training activities in 2019 in China and France where satellite centers were launched as part of a global initiative.

His specialist interest is mass gathering medical care and he has lectured widely and published on this topic, including chapters on Mass Gathering Medical Care in Koenig and Schultz Disaster Medicine Comprehensive Principles and Practices 1st and 2nd editions. He works with the Football Association of Ireland organizing stadium medical care at Aviva Stadium and has directed medical care at numerous other mass gatherings including rock concerts, pop festivals with attendances over 80,000, and other sporting events. Dr. Molloy is an instructor in Major Incident Medical Management and Support (MIMMS) and Hospital Major Incident Medical Management and Support (HMIMMS) in Ireland and the UK and is involved in its research and development. He is Associate Editor of Ciottone’s Disaster Medicine by Elsevier-Mosby 2nd edition, and his research includes improving standards of medical care at mass gatherings worldwide. Dr. Molloy serves also as Vice-Dean of the Faculty of Sports and Exercise Medicine in Ireland, based in the Royal College of Surgeons in Ireland, and has launched a three-day CARES course for physicians who provide medical care to teams and facilities.

Politically active for most of his medical career, Dr. Molloy has served as the Secretary, Vice President, and President of the Irish Medical Organization while a resident, and was also elected by his medical peers to serve on the Eastern Regional Health Authority governing the provision of medical care to around a third of the population of Ireland with a budget at the time of €2 billion. In 2011, Dr. Molloy was appointed by the Minister of Health in Ireland to the Board of the Pre-Hospital Emergency Care Council (PHECC), the body which regulates and sets clinical practice guidelines for paramedics in Ireland. He chaired the medical advisory committee to advise other Council members on clinical matters and develops clinical practice guidelines for prehospital emergency care practice in Ireland.

Dr. Molloy works clinically as a Consultant in Emergency Medicine in Wexford General Hospital, part of the Ireland East Hospital Group (IEHG), and sits on the Unscheduled care project board of IEHG.

Internationally he is a member of the Disaster Medicine Section of the European Society of Emergency Medicine (EUSEM) and has been appointed by the Irish Medical Organization (IMO) as one of two Irish delegates to serve on the European Board and Section of Emergency Medicine of the European Union of Medical Specialists (UEMS) having served for a number of years on its predecessor the Multidisciplinary Joint committee on Emergency medicine. He now serves as Adjunct Faculty of the BIDMC Fellowship in Disaster Medicine and as Director of the BIDMC Fellowship in Disaster Medicine Satellite Center – Dublin. Dr. Molloy directed a team that reviewed a statewide emergency preparedness drill in Alaska in 2013 and more recently was part of a small delegation invited to China by the Chinese Military Police to develop disaster medicine and emergency preparedness training programs.